Successful pilot scheme to be rolled out in 10 schools 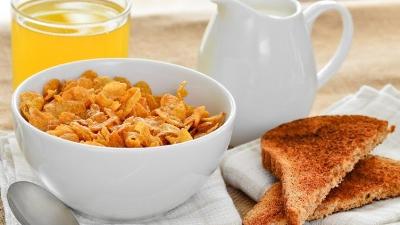 Free breakfast will be available for pupils at 10 East Renfrewshire schools as part of the roll-out of a successful pilot scheme.

Breakfast carts were initially introduced in St John's Primary, Carlibar Primary and Barrhead High, giving pupils the opportunity to help themselves to toast, cereal and fruit before the start of the school day, or at the very start of it.

Research by The Scottish Poverty and Inequality Research Unit of Glasgow Caledonian University showed that the project, which ran for six months in 2019 and 2020, delivered real benefits for the pupils' learning and wellbeing.

Through additional funding the Council has received to support the humanitarian impact of Covid-19, the grab-n-go breakfast carts will now be introduced to 10 schools from the start of the new term in August.

Councillor Alan Lafferty, Convener for Education and Equalities, said: 'Starting your day off with a nutritious breakfast can really set you up for the day ahead. Not only is breakfast part of a healthy, balanced diet, but by fuelling your bodies and minds it helps you to be ready for learning. The pilot project we ran highlighted that pupils who had missed breakfast had lower energy levels, less concentration and were not as engaged in their learning as those who had eaten. Teachers also noticed that those who had not had breakfast often had poorer behaviour. By targeting these breakfast carts in schools which will most benefit from them, it will help us to improve the wellbeing of pupils. Being able to grab a nutritious breakfast when arriving at school will be welcomed by many and I look forward to seeing this project starting when the schools return after the summer break.'

The Scottish Government plans to introduce free breakfast for all from August 2022, but this funding will allow East Renfrewshire pupils in Barrhead, Neilston and Thornliebank schools to benefit immediately.